The club ran the GB8KW special event station on 7th and 8th of January 2023 at the Cray Valley Club Shack. 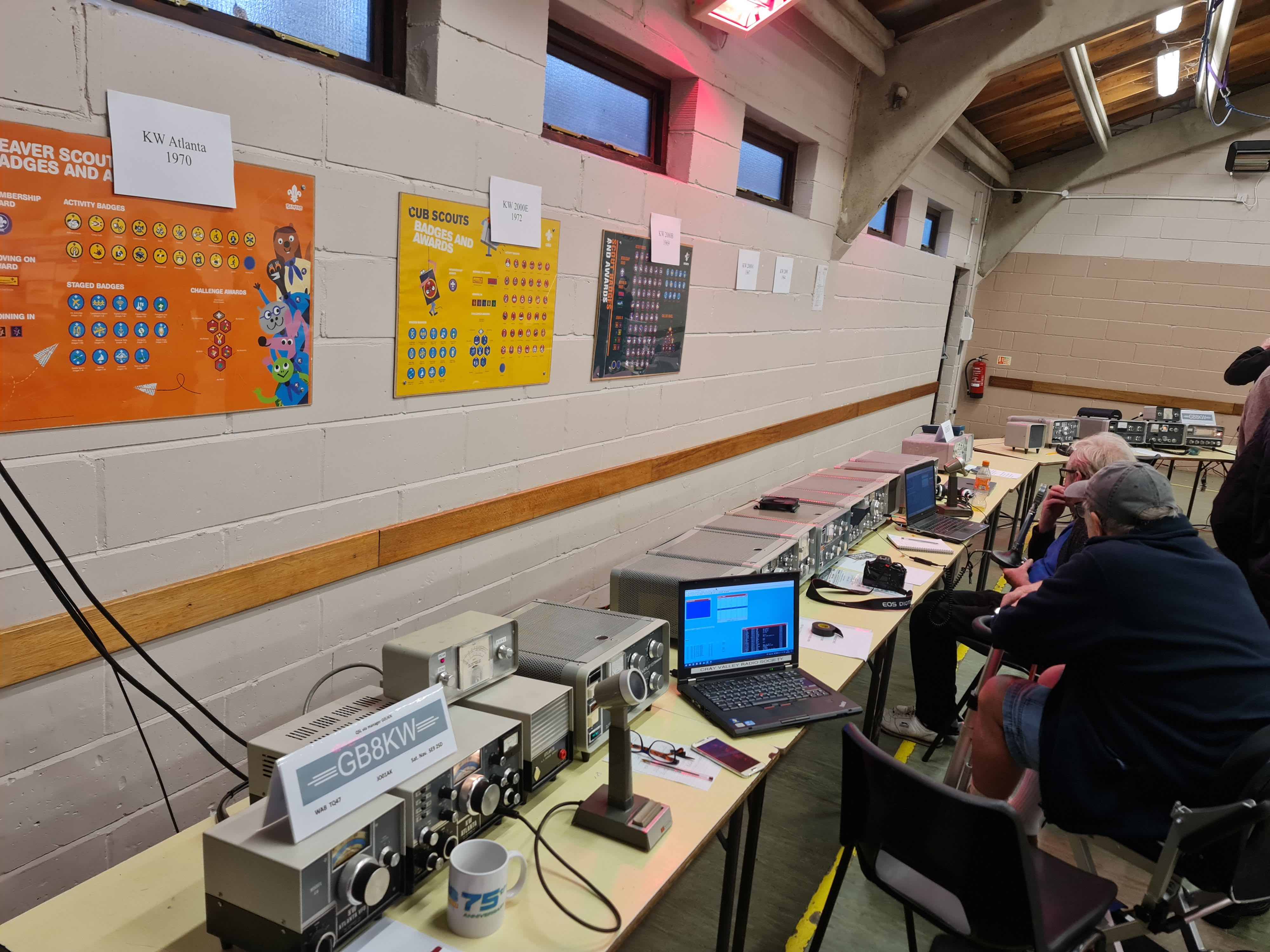 This annual event marks the anniversary of the founding of KW Electronics in the mid 1950s.

Guy G0UKN brought together a range of vintage AM and SSB stations to celebrate the iconic KW Electronic brand of radio equipment made just down the road in Dartford until the mid-70s. Guy was assisted by Steve G3ZPS, who used to visit the KW works as a teenage ham and has also built up a collection of vintage gear.

Past years have seen the team make 100s of contacts around the world, although there is obviously a lot of nostalgia for KW here in the UK. January 2023 marks the 67th anniversary of KW which was incorporated in early January 1956. The club has become a prime mover in the KW collector community; Guy now runs an asset register that aims to keep track of as much of the vintage gear as possible and we are of course close to where it all started! 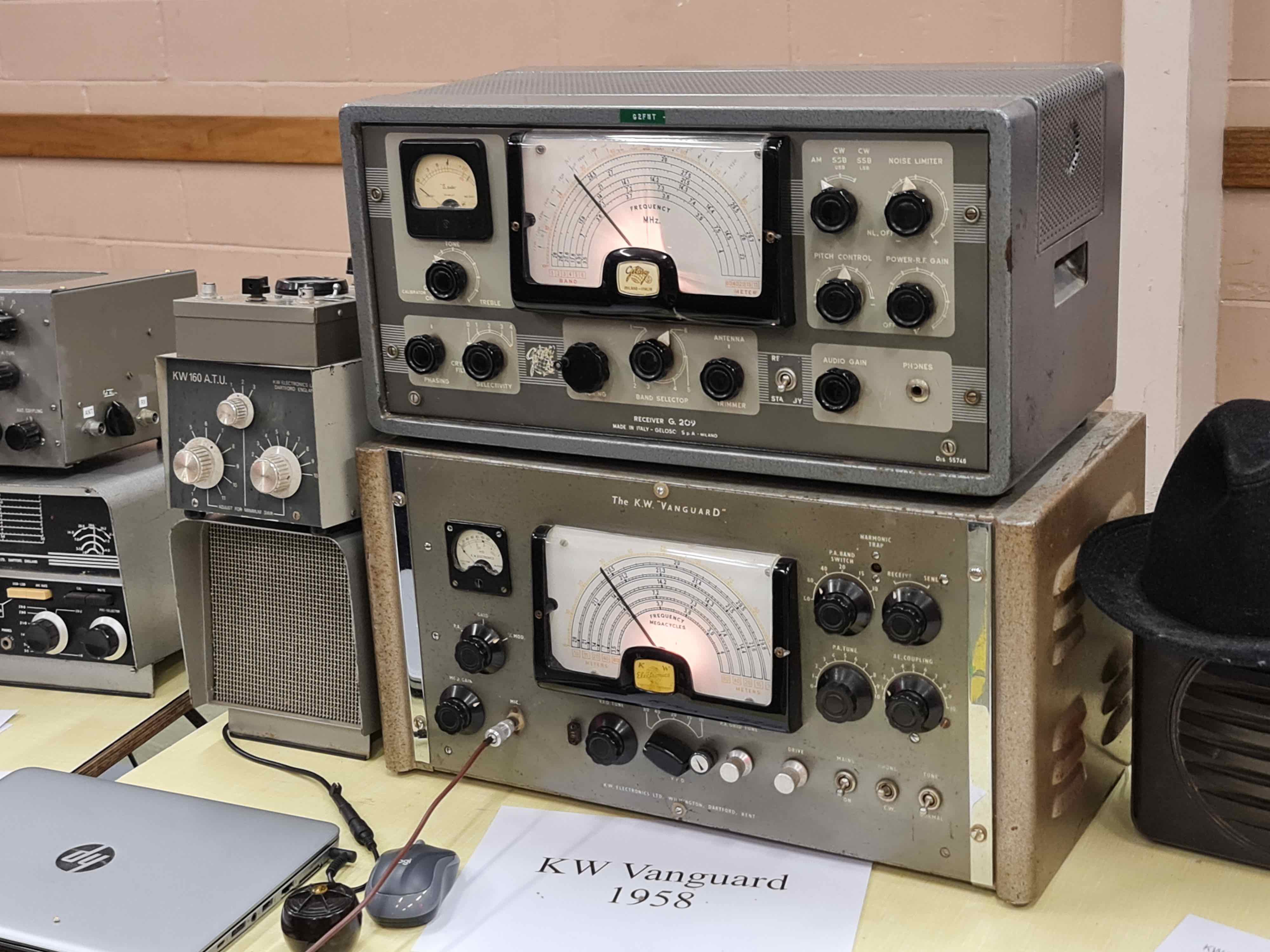 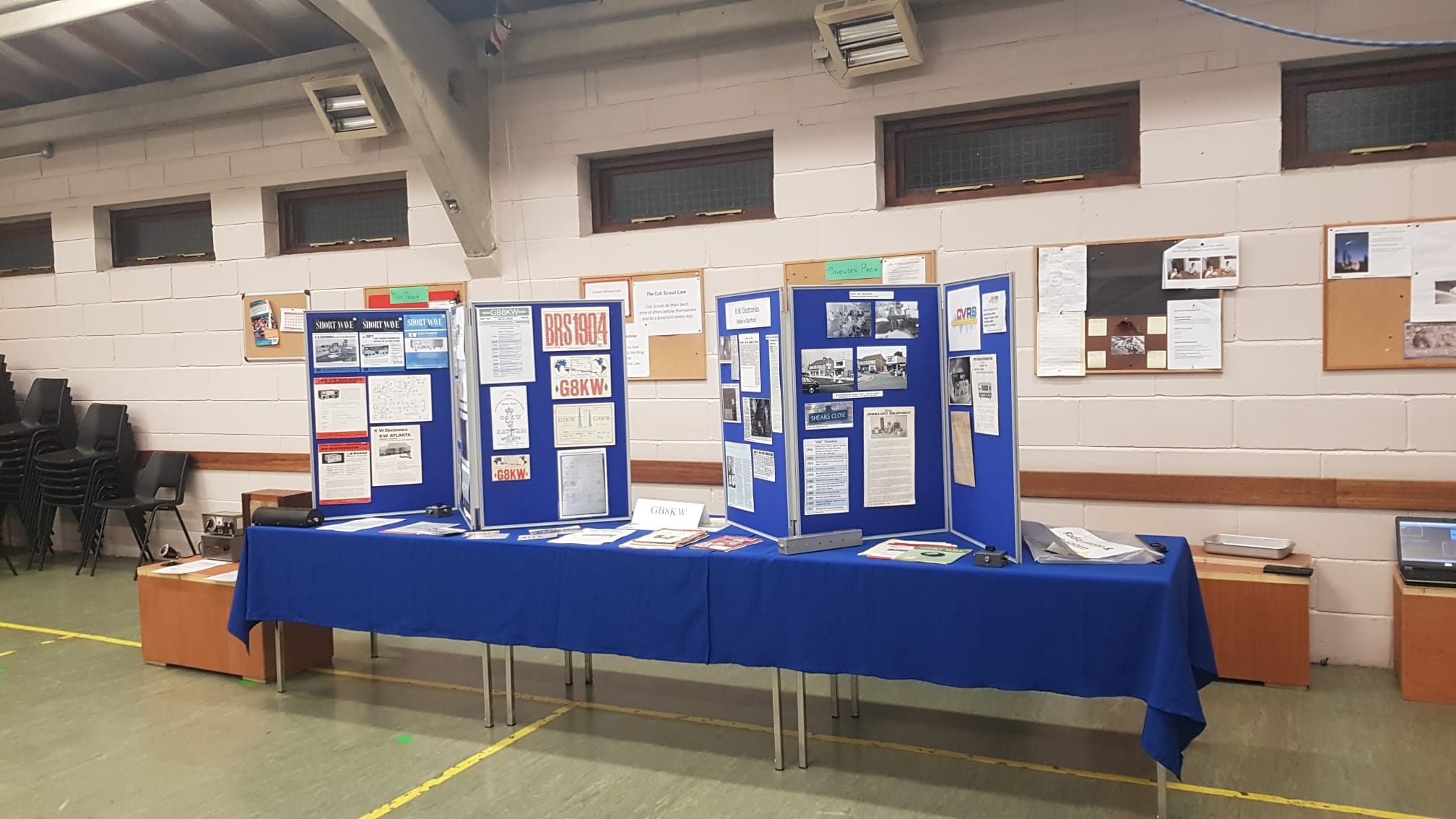 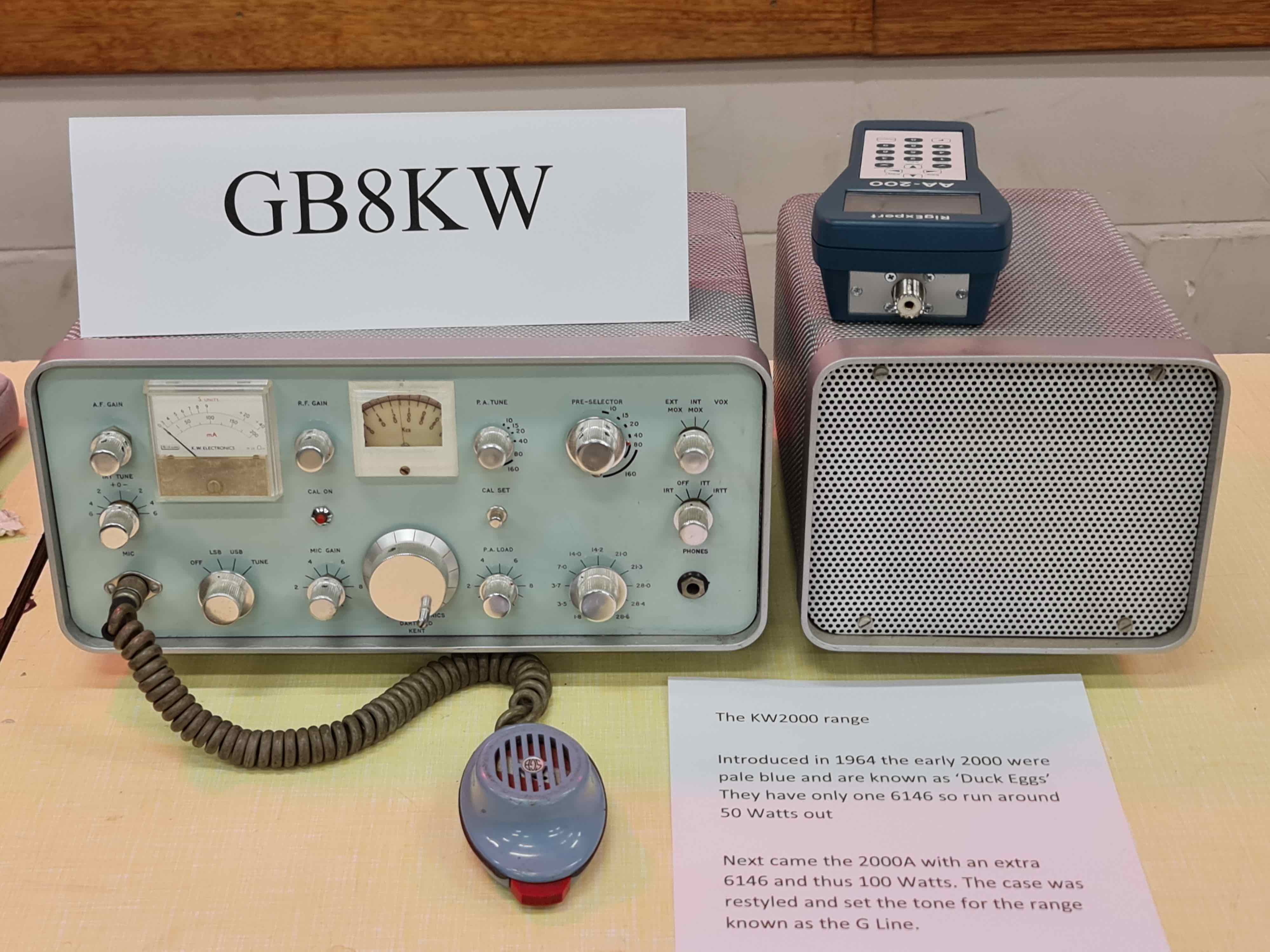 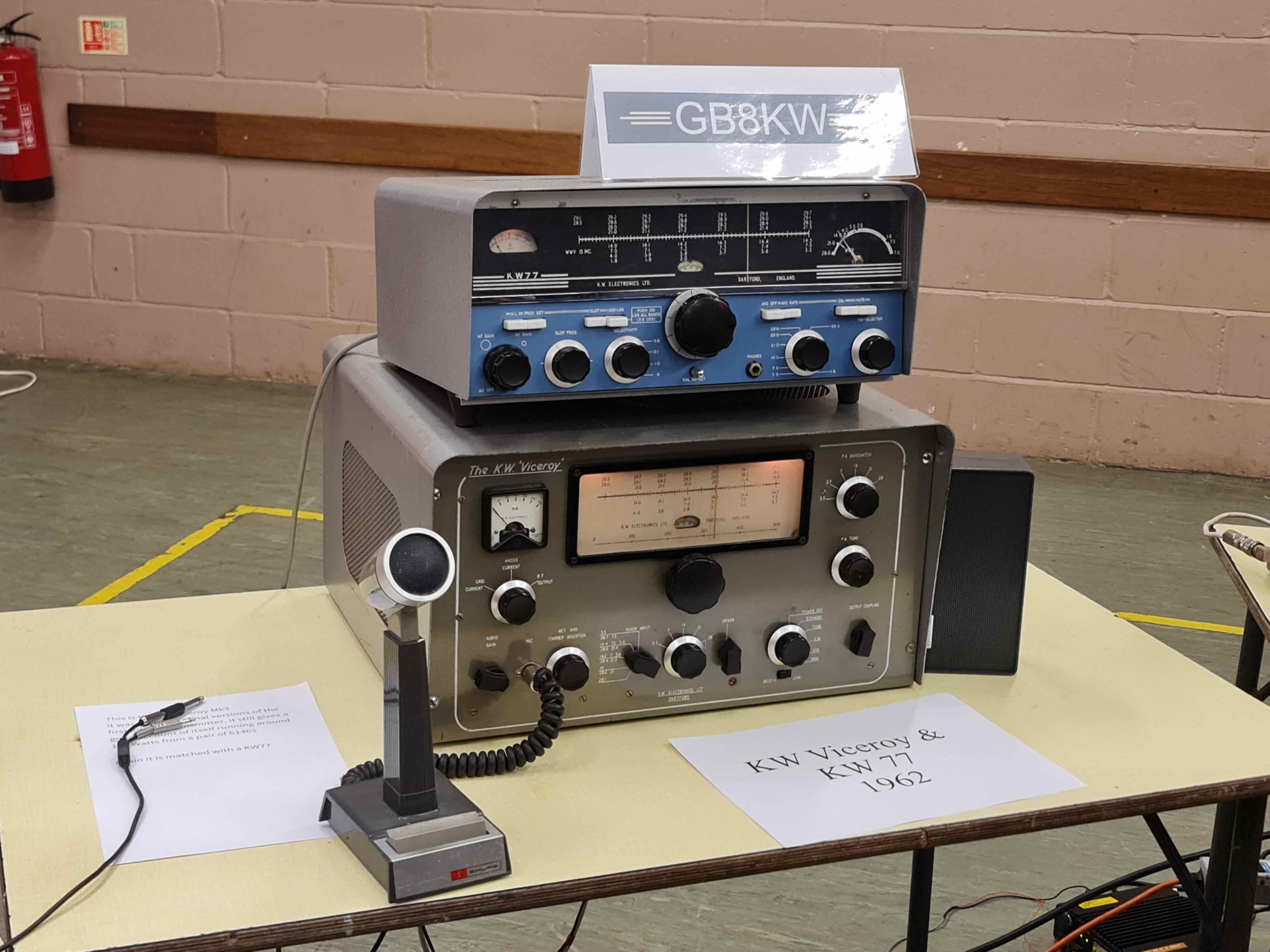 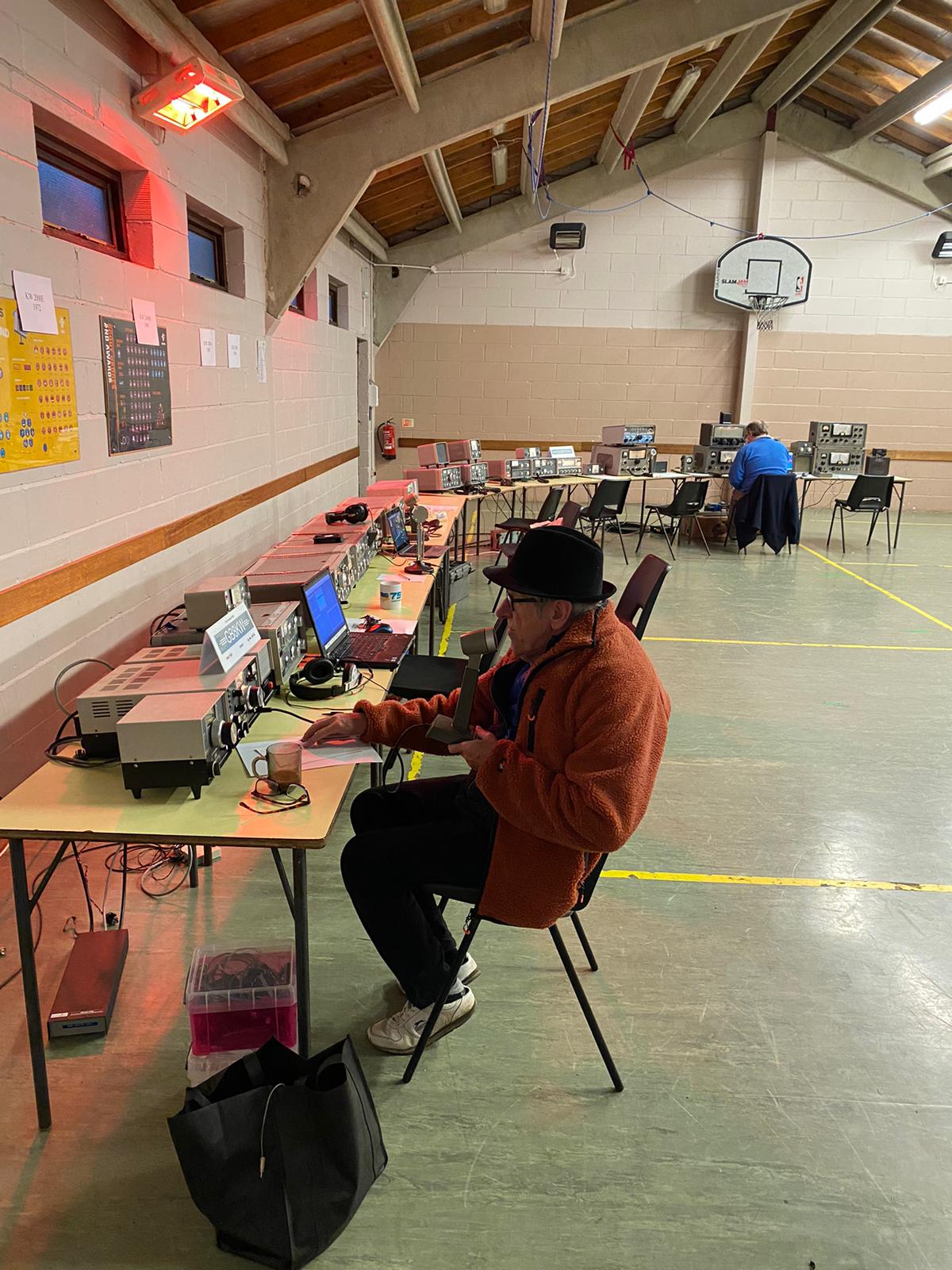 After the enforced scaling-back of GB8KW in 2021, the GB8KW special event was again run from the Cray Valley shack on 8-9 January 2022.

Eight fully operational stations were on display, all using different KW models including all versions of the KW2000 (mk1 through to E). Most on-air activity was with the KW2000B+KW1000 combo, but the KW Atlanta and KW1000 was also used on 20 metres. There was a comprehensive display of the history of KW, together with some artifacts including a repaired Kokusai mechanical filter. Both Guy G0UKN and Steve G3ZPS have extensive experience of restoring KW equipment to full working order. See Steve's pages including his history of KW

KW Electronics was based in Dartford, Kent and was founded in 1956 by Rowley Shears, G8KW and Ken Ellis, G5KW.  Rowley led the company for the next 18 years and they produced a number of iconic radios, in use by British amateurs and around the world.

Perhaps the best known KW product was the KW2000B transceiver, an iconic radio in the 1970s among the UK ham community, and in recent years many have been renovated and brought back in to use.  Club members Guy G0UKN, Steve G3ZPS, Laurie G4FAA and Trevor M1TAD all have restored KW gear which has featured in previous years at GB8KW operations from the Cray Valley RS club shack. Steve’s comprehensive website about KW is well worth a read http://www.g3zps.com/kwhistory.html  Earlier, the stalwart of many British hams was the KW Vanguard, based around the Geloso VFO. See the picture below by Guy G0UKN. This was followed by KW’s first SSB transmitter the KW Viceroy, and several of these are still in use today. 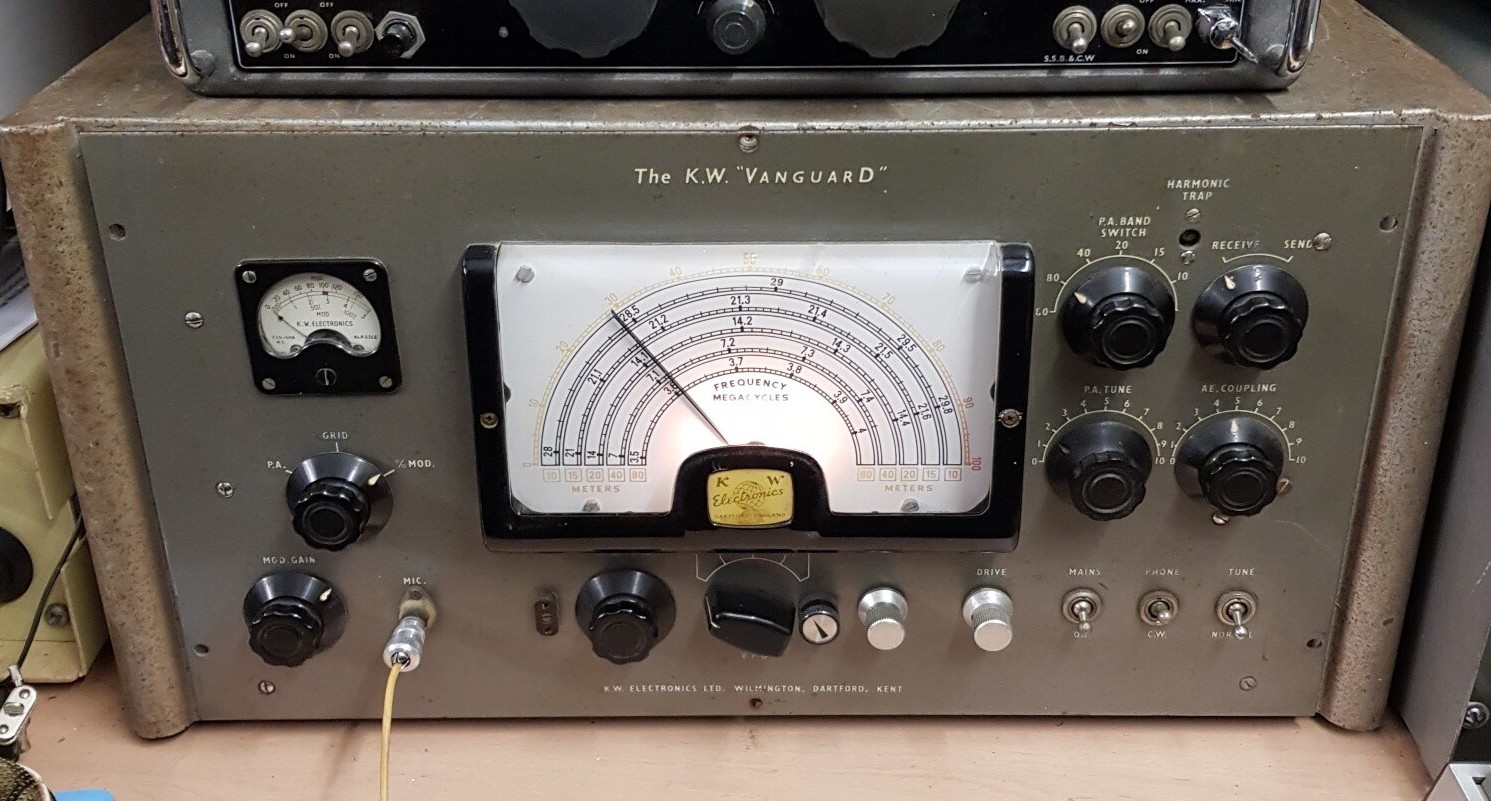 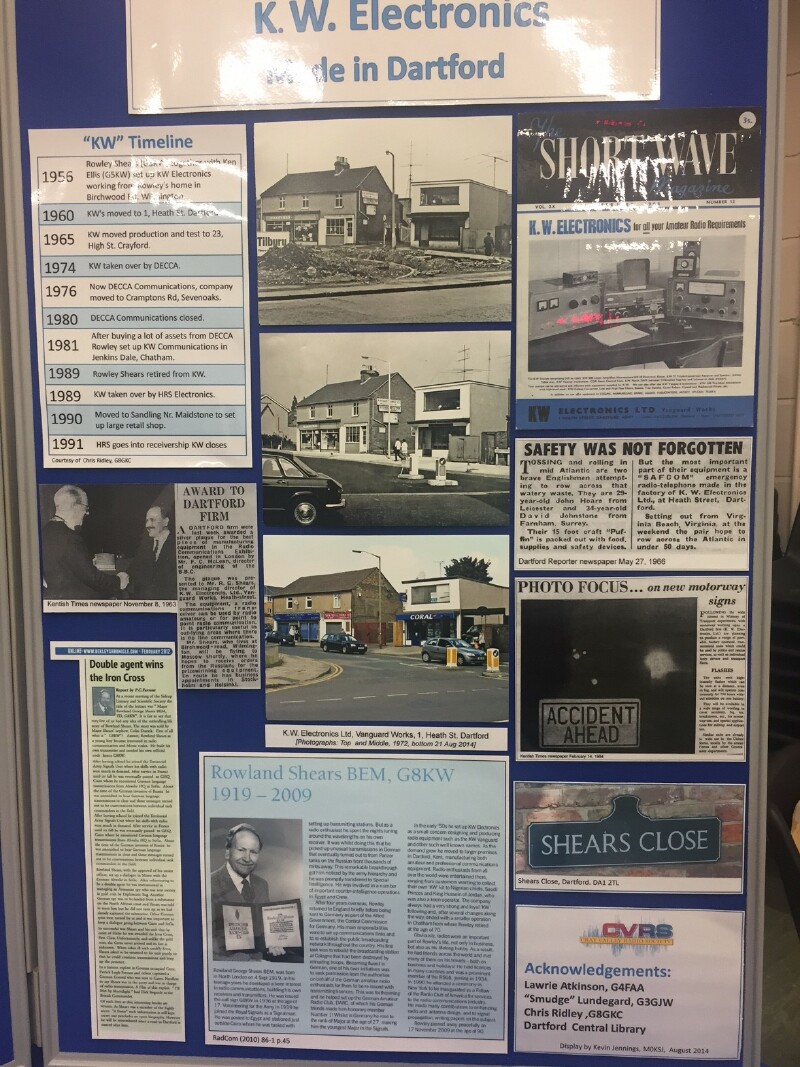