2O12L - Two Oscar One Two London - was the callsign of the London Flagship Amateur Radio Station celebrating the 2012 Olympic Games and Paralympic Games. This unique amateur radio special event radio station was organised by Cray Valley RS and operated from the Royal Greenwich District Scouts Activity Centre in New Eltham, south-east London between 25th July and 9th September 2012. Eltham is in the Royal Borough of Greenwich, one of the six "host boroughs" for the Games. 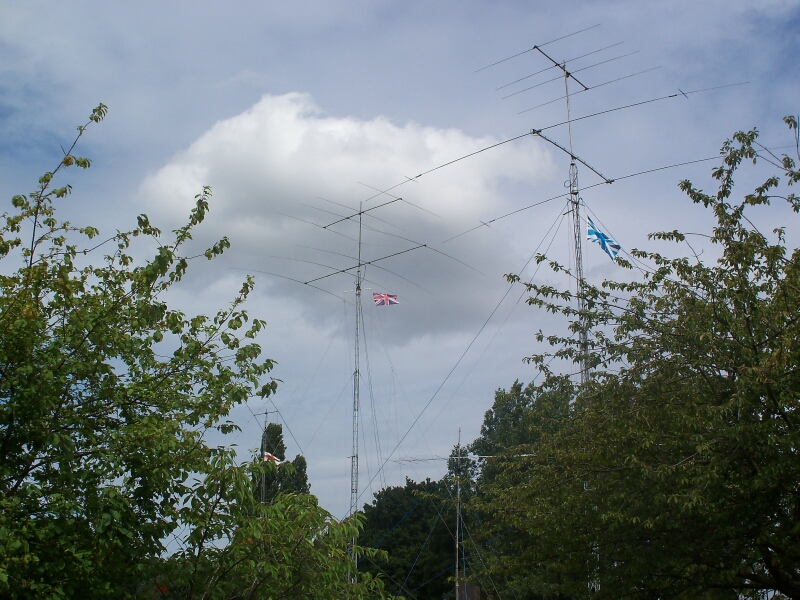 2O12L went QRT at 21.33z on Sunday 9th September, at the conclusion of the Paralympic Games. We exceeded our QSO target, and finished just short of 70,000 QSOs. This is a new World Record number of contacts for a Special Event Station! The previous record established by DQ2006X was exceeded on 21st August when the QSO total reached 49,791. Many thanks to everyone around the world for the contacts.

The plan had always been to make at least 60,000 contacts during the seven weeks of round the clock operation. Having achieved that, we revised our target to another round figure of 70,000.

The first contact was made on the afternoon of Wednesday 25th July, when the first Games football event took place in Cardiff. Operations closed down at the end of the Paralympics on Sunday 9th September.

The station was open to the public from 10am to 4pm each day, for visitors to view an exhibition about radio communications and electronics, and sit down at the radio and make contact with amateur radio operators right around the world.

2O12L also provided an educational element. ‘Bite-size’ introductory talks enabled people of all ages to learn about the technicalities of radio communication and its importance in the modern world. The project also featured an impressive set of displays and an exhibition of radio past and present which helped visitors understand the development and science of radio communications.

There is a strong worldwide expectation that amateur radio celebrate major sporting events such as the Olympics, the World Cup, etc. Amateur radio stations have been set up at all of the recent Olympic Games, and 2O12L continued that tradition. We contacted 220 different countries worldwide including 167 of the countries participating in the Games.

The original plan was to operate from Eltham Palace, but English Heritage unexplicably pulled out from the deal. With little time left, we were fortunate to get permission from Royal Greenwich District Scouts to use their activity centre. After months of planning and re-planning, the team arrived on-site on Sunday 22nd July to start building the station. M0MYC brought the first tower, followed by G0UKN with the big one, then G4AXX arrived with the tower fromPlextek. By the end of that first day all antennas HF and VHF were rigged and up in the air. Meanwhile the crew inside did a great job building the stations and displays.

The following day our Operations Manager Mark, M0DXR brought along the Olympic Torch that had been carried in the relay by his sister-in-law, Lisa Weston. Visitors were photographed holding the torch and we raised £150 in aid of Lisa's chosen charity, St Clare's Hospice. 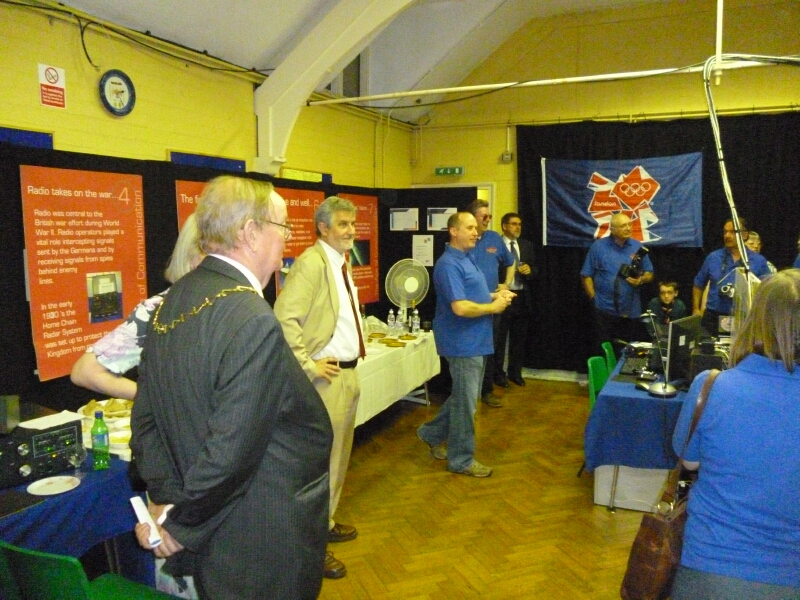 There was a very successful launch party on Wednesday 25th July. In attendance were Clive Efford MP, the Mayor of Greenwich, representatives from the District scouting organisation and from the Royal Borough of Greenwich. After the inaugural contact which was made with Don Beattie G3BJ, the station hit the airwaves. Our first 1,000 QSOs were made in just 150 minutes, and we finished the day with over 3,000 QSOs in the log. 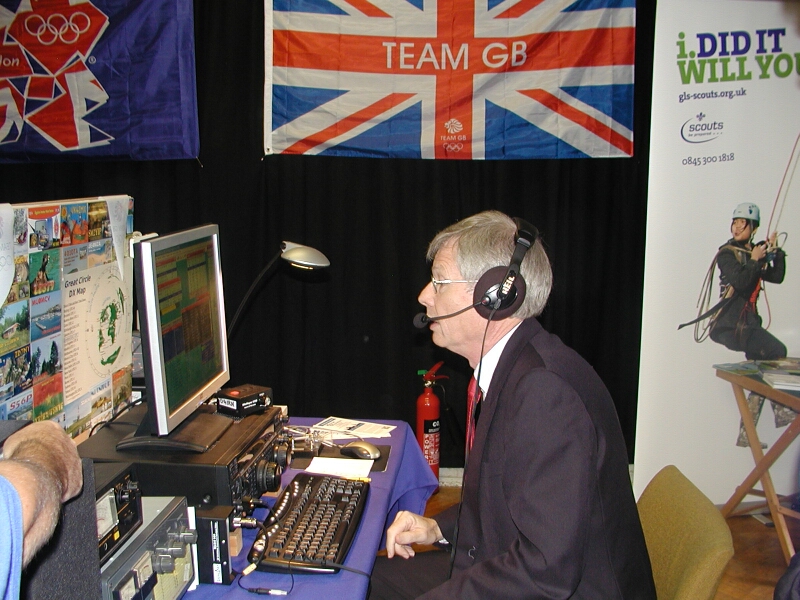 Two important events occurred on Tuesday 31st July. The newly appointed RSGB General Manager Graham, G0NBI visited the station, met the operating team and made some QSOs from the station on both 40m and 20m. And in the afternoon, only a little more than six days after we started operation, we passed the 20,000 QSO mark. Conditions were good for the first three days of operation but then took a dive.

We were very grateful to Ray, G4FON for travelling down from Oxford on Wednesday 1st August to bring the Newbury club's two Yaesu Quadra amplifiers for our use. Ray installed one on HF1 in place of the Acom 1000 loaned temporarily by Dave G3RGS, and installed the other on HF2. This station had been using the CVRS FL2100z amplifier, which was originally owned by club member G3VLX, SK. The 2100 had been in almost constant use for seven days and had seen us through thousands of QSOs without missing a beat, somewhat to our surprise!

We got halfway to our target, making 30,000 QSOs, in just 11 days' operation. We welcomed several overseas visitors, best DX was a visitor from ZL. By the end of the Olympic Games on Sunday 12th August, approx 41,500 QSOs were in the log. This was a fantastic result, especially given the indifferent HF conditions which limited the number of QSOs that could be made on 12 and 10m.

Operation of 2O12L continued during the two-week inter games period, then on 29th August a launch party for the Paralympics was held, with guest of honour Simon Parsons from the British Wireless for the Blind Fund. Contacts were made on 40m with the RAIBC HQ station and with several RAIBC members.

Due to tight marketing restrictions imposed by the organisers of the Olympics, we were unable to seek sponsorship so most of the equipment in use at the station came from Cray Valley RS or from members and supporters, and we are extremely grateful to them for making these items available.

2O12L was configured with three HF stations and two VHF stations as follows. All contacts were logged using Win-Test, networked between the stations. 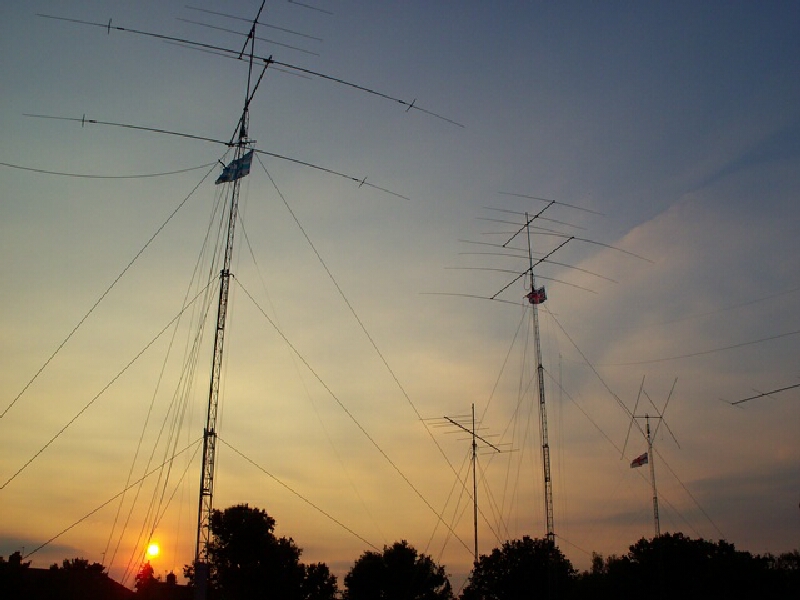